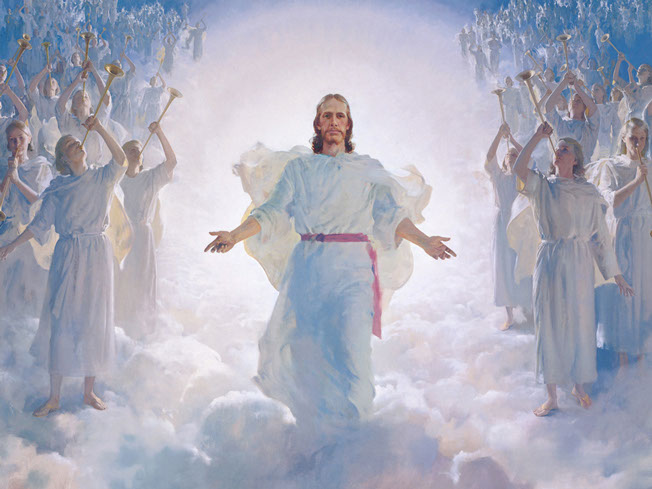 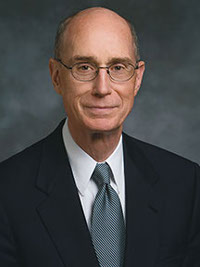 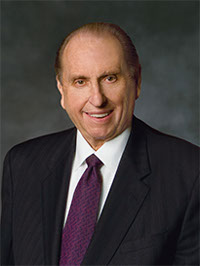 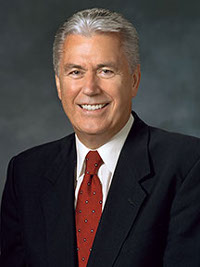 The Quorum of the Twelve Apostles 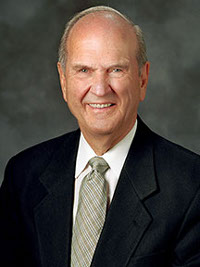 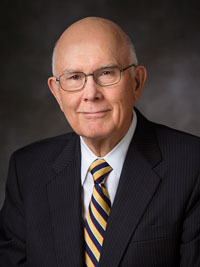 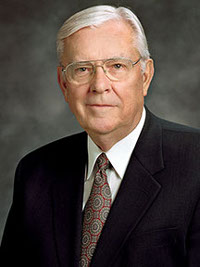 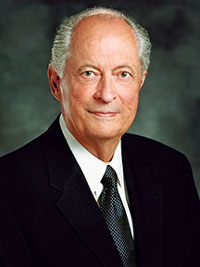 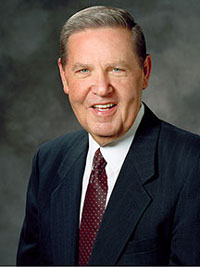 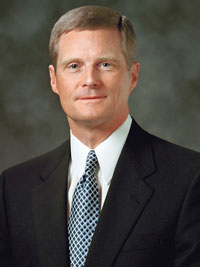 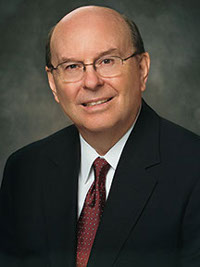 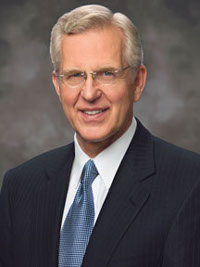 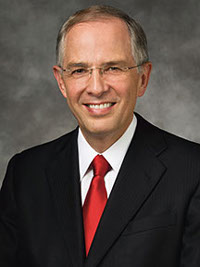 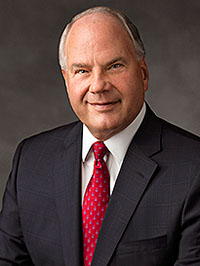 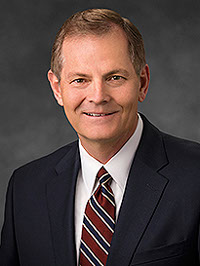 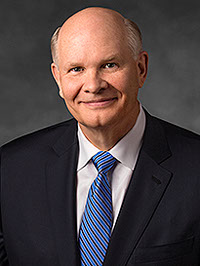 The Articles of Faith

We believe in God, the Eternal Father, and in His Son, Jesus Christ, and in the Holy Ghost.

We believe that men will be punished for their own sins, and not for Adam’s transgression.

We believe that through the Atonement of Christ, all mankind may be saved, by obedience to the laws and ordinances of the Gospel.

We believe that the first principles and ordinances of the Gospel are: first, Faith in the Lord Jesus Christ; second, Repentance; third, Baptism by immersion for the remission of sins; fourth, Laying on of hands for the gift of the Holy Ghost.

We believe that a man must be called of God, by prophecy, and by the laying on of hands by those who are in authority, to preach the Gospel and administer in the ordinances thereof.

We believe in the same organization that existed in the Primitive Church, namely, apostles, prophets, pastors, teachers, evangelists, and so forth.

We believe in the gift of tongues, prophecy, revelation, visions, healing, interpretation of tongues, and so forth.

We believe all that God has revealed, all that He does now reveal, and we believe that He will yet reveal many great and important things pertaining to the Kingdom of God.

We believe in the literal gathering of Israel and in the restoration of the Ten Tribes; that Zion (the New Jerusalem) will be built upon the American continent; that Christ will reign personally upon the earth; and, that the earth will be renewed and receive its paradisiacal glory.

We claim the privilege of worshiping Almighty God according to the dictates of our own conscience, and allow all men the same privilege, let them worship how, where, or what they may

We believe in being subject to kings, presidents, rulers, and magistrates, in obeying, honoring, and sustaining the law.

We believe in being honest, true, chaste, benevolent, virtuous, and in doing good to all men; indeed, we may say that we follow the admonition of Paul—We believe all things, we hope all things, we have endured many things, and hope to be able to endure all things. If there is anything virtuous, lovely, or of good report or praiseworthy, we seek after these things.

The Book of Mormon

The Book of Mormon is a volume of holy scripture comparable to the Bible. It is a record of God’s dealings with ancient inhabitants of the Americas and contains the fulness of the everlasting gospel.

The book was written by many ancient prophets by the spirit of prophecy and revelation. Their words, written on gold plates, were quoted and abridged by a prophet-historian named Mormon. The record gives an account of two great civilizations. One came from Jerusalem in 600 B.C. and afterward separated into two nations, known as the Nephites and the Lamanites. The other came much earlier when the Lord confounded the tongues at the Tower of Babel. This group is known as the Jaredites. After thousands of years, all were destroyed except the Lamanites, and they are among the ancestors of the American Indians. 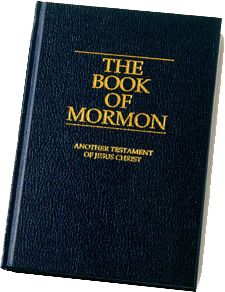 The crowning event recorded in the Book of Mormon is the personal ministry of the Lord Jesus Christ among the Nephites soon after His resurrection. It puts forth the doctrines of the gospel, outlines the plan of salvation, and tells men what they must do to gain peace in this life and eternal salvation in the life to come.

After Mormon completed his writings, he delivered the account to his son Moroni, who added a few words of his own and hid up the plates in the Hill Cumorah. On September 21, 1823, the same Moroni, then a glorified, resurrected being, appeared to the Prophet Joseph Smith and instructed him relative to the ancient record and its destined translation into the English language.

In due course the plates were delivered to Joseph Smith, who translated them by the gift and power of God. The record is now published in many languages as a new and additional witness that Jesus Christ is the Son of the living God and that all who will come unto Him and obey the laws and ordinances of His gospel may be saved.

Concerning this record the Prophet Joseph Smith said: “I told the brethren that the Book of Mormon was the most correct of any book on earth, and the keystone of our religion, and a man would get nearer to God by abiding by its precepts, than by any other book.”

In addition to Joseph Smith, the Lord provided for eleven others to see the gold plates for themselves and to be special witnesses of the truth and divinity of the Book of Mormon. Their written testimonies are included herewith as “The Testimony of Three Witnesses” and “The Testimony of Eight Witnesses.”

We invite all men everywhere to read the Book of Mormon, to ponder in their hearts the message it contains, and then to ask God, the Eternal Father, in the name of Christ if the book is true. Those who pursue this course and ask in faith will gain a testimony of its truth and divinity by the power of the Holy Ghost. (See Moroni 10:3–5.)

Those who gain this divine witness from the Holy Spirit will also come to know by the same power that Jesus Christ is the Savior of the world, that Joseph Smith is His revelator and prophet in these last days, and that The Church of Jesus Christ of Latter-day Saints is the Lord’s kingdom once again established on the earth, preparatory to the Second Coming of the Messiah.

The Restoration of the Gospel

What is the Restoration?

God’s reestablishment of the truths and ordinances of His gospel among men on earth. The gospel of Jesus Christ was lost from the earth through the apostasy that took place following the earthly ministry of Christ’s Apostles. That apostasy made necessary the Restoration of the gospel. Through visions, the ministering of angels, and revelations to men on the earth, God restored the gospel. The Restoration started with the Prophet Joseph Smith (JS—H 1; D&C 128:20–21) and has continued to the present through the work of the Lord’s living prophets.

What was lost as a result of the apostasy?

A Living Prophet: A person who has been called by and speaks for God. As a messenger of God, a prophet receives commandments, prophecies, and revelations from God. His responsibility is to make known God’s will and true character to mankind and to show the meaning of His dealings with them. A prophet denounces sin and foretells its consequences. He is a preacher of righteousness. On occasion, prophets may be inspired to foretell the future for the benefit of mankind. His primary responsibility, however, is to bear witness of Christ. The President of The Church of Jesus Christ of Latter-day Saints is God’s prophet on earth today. Members of the First Presidency and the Twelve Apostles are sustained as prophets, seers, and revelators.

The Priesthood: the word priesthood has two meanings. First, priesthood is the power and authority of God. It has always existed and will continue to exist without end (see Alma 13:7–8; D&C 84:17–18). Through the priesthood, God created and governs the heavens and the earth. Through this power, He exalts His obedient children, bringing to pass “the immortality and eternal life of man” ( Moses 1:39; see also D&C 84:35–38).

Without the Priesthood on earth, many sacred ordinances could no longer be performed, which are essential for the Sons and Daughters of God to become joint-heirs to the Kingdom of Heaven, with Christ.  Outside of the Temple, ordinances such as Baptism, Confirmation and Ordination to the Priesthood; inside the Temple, ordinances such as the Endowment, Eternal Marriage through the Sealing Covenant and Sealing to parents.  The ordinances already mentioned can also now be performed for our ancestors inside the Temple, to ensure that all have the opportunity to choose to accept or reject the Gospel of Jesus Christ.